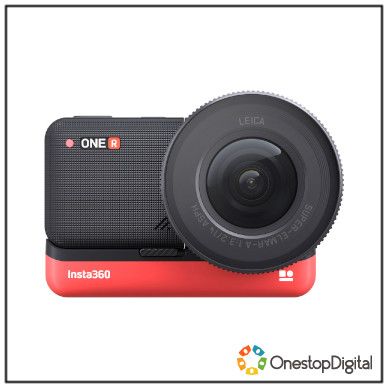 Co-engineered with Leica, the Insta360 ONE R 1" Edition is one of the key configurations of the modular ONE R action camera system. It includes the Core module, 1" Mod, Battery Base, and Mounting Bracket, also known as a frame. The 1" Mod features a large 1" sensor and captures up to 5.3K resolution video at 30 fps. It also captures 19MP and Raw photos. The Core module functions as the brain. It has a touchscreen live-view display with controls and is reversible so the display can be used for selfie/vlog shots. The 1" Mod and Core module mount side by side on the Battery Base, connecting into electronic contacts on it. The Battery Base has a built-in battery that powers the modules for approximately 65-70 minutes. The Battery Base is rechargeable via a USB interface. 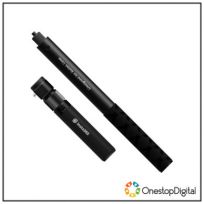