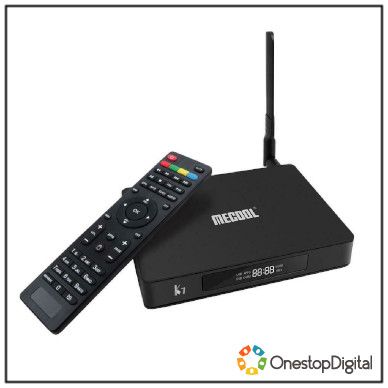 [Android 9.0 OS] It raises the bar in performance and usability, compatibility with the latest Android applications and the apps and runs smoothly without any lagging or freezing.

[DVB-T2 & DVB-S2] The integrated DVB-T2 and DVB-S2 digital TV tuners allow for reception of over-the-air standard and high definition digital TV transmissions, where available.
A Brief Introduction of DVB Standards:
DVB = Digital Video Broadcast
DVB - T = T for Terrestrial, which means you pick up the signals with a terrestrial aerial.
DVB -S = S for Satellite, you pick up the signal from a satellite dish.
DVB - C = C for Cable, a card like this can get signals from a cable fed system.

[2.4G/5G Dual Band WiFi] With support for 2.4Ghz and 5Ghz band, it can transmit higher amounts of data.

[True 4K Media Player] While your average media box might only accept 1080P video playback, this gadget can play any 4K source.